Dive into the Art San Diego LaunchPad Artist archive and find out more about the inspiring artists who have been part of it all!

This year’s selected LaunchPad Artist for Art San Diego is Stefani Byrd, whose practice includes video, new media, and interactive technologies. Byrd is most noted for her interactive temporary public art installations, which are hybrids of video and performance art that both disorient and re-orient the viewer. Her current work involves creating interactive and immersive media environments.

Byrd’s most recent project, “The Razor’s Edge”, is a multi-channel video installation shown on individual HD monitors. In each video, performers exhale slowly against an unseen piece of glass, fogging and obscuring their faces in fleeting moments between breaths. As the warm breath touches the glass, the invisible barrier between performer and camera is revealed, dividing space into two sides. An exploration in impermanence and mediation, the work captures the breath, making it visible just long enough to be confronted by both performer and viewer.

Byrd has received grants and support from groups such as: Creative Capital of New York, Flux Projects, the San Diego Art Institute, the San Diego Art Fair, Atlanta Celebrates Photography, and Idea Capital. Her work has been featured in such publications and places as the Public Art Review, the Huffington Post, the Atlanta Journal Constitution, the Hunter Museum of American Art, and Art Papers Magazine. Her work is held in the permanent collections of the Museum of Contemporary Art of Georgia and the Columbus Museum of American Art. Her work is also archived as a part of the Public Art Database project.

Byrd received her BFA in Photography from Georgia State University in Atlanta, GA, in 2008. She is currently a third-year MFA candidate at the University of California San Diego with an emphasis in New Media and Art + Technology. For more on Stefani Byrd, visit her website at www.stefanibyrd.com. 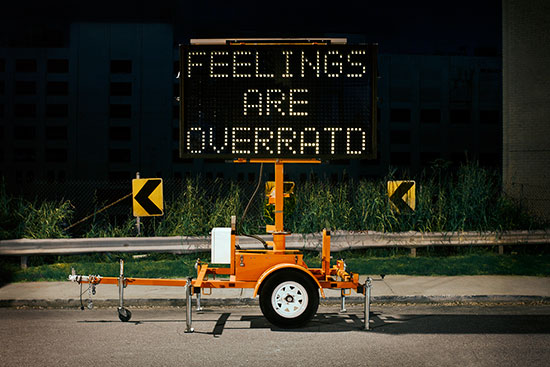 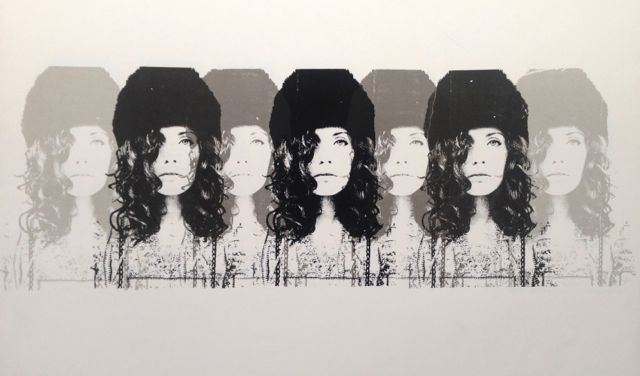 Brittany Segal is a San Diego-based artist who studied fine art sculpture at The Academy of Art in San Francisco. In recent years, her vast collection of work, including numerous commissions, has gained her significant recognition for her paintings and small, detailed drawings. Her work ranges from abstract oil pieces to acrylic graphics works. Her drawings range from purposefully yet hauntingly illegible writings to intricate, small designs.

Brittany’s recent works have been displayed at SCOPE New York through Soze gallery and the ACD Gallery Pop Up show. She also graced the cover of Entityy Magazine as the issues’s main featured artist. Further, she has recently completed a celling installation piece at Eve by Eves, a new boutique in Beverly Hills. Read recent CityBeat Article | Website: www.Brittany-Segal.com 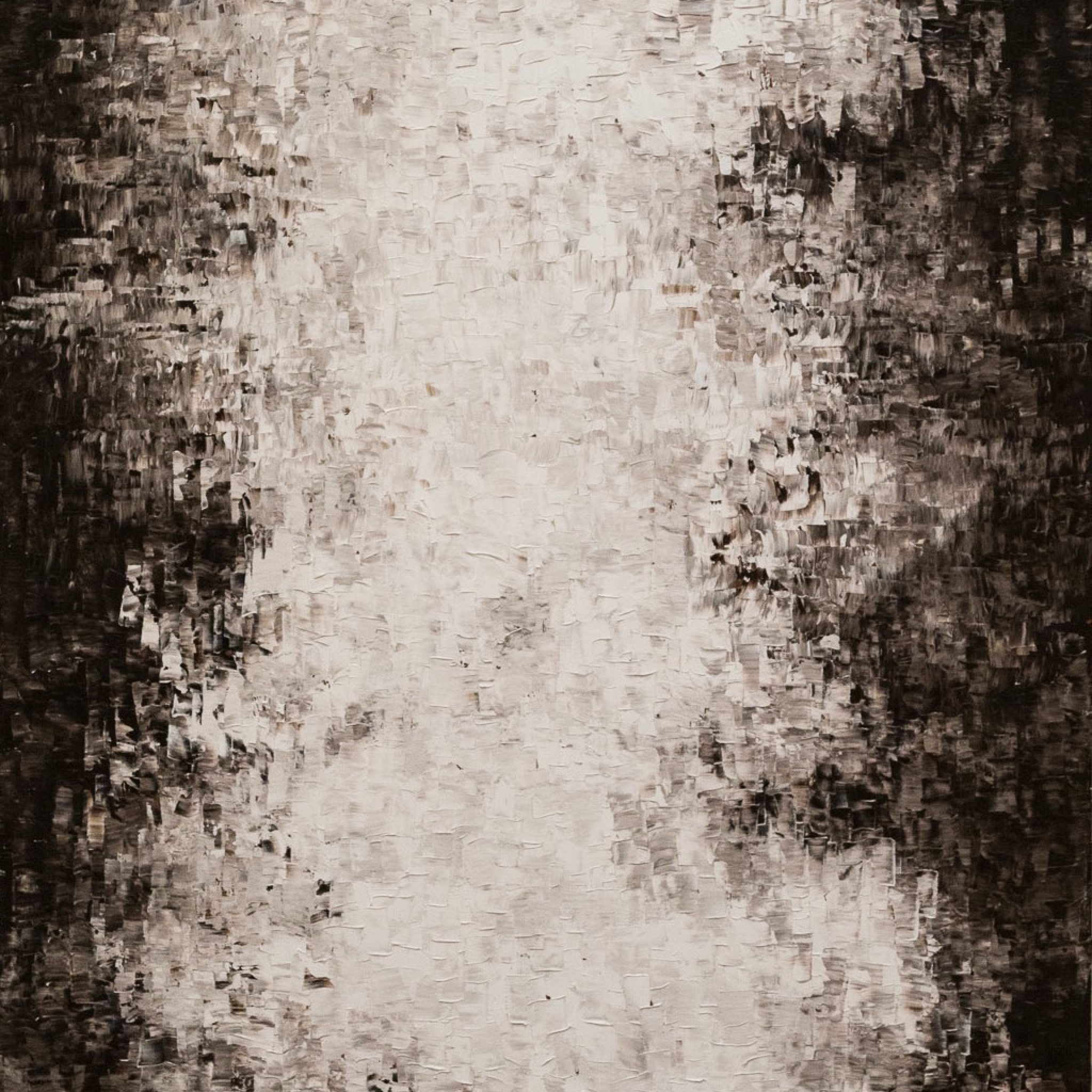 Emily Grenader grew up in Houston, Texas and moved to New York City in 2003 to earn her BFA from the Cooper Union for the Advancement of Science and Art. She arrived in La Jolla in 2011 where she is currently an MFA candidate in the Visual Art Department at UCSD. Emily uses various mediums to combine individuals into “crowd portraits,” exploring human connections from many perspectives. Projects from her most recent crowd series have won the Lawdale Big Show’s Juror Prize, and Kickstarter’s “Best Art Project” award. She also collaborates with engineers to create projects that deal with human-computer-interaction, and her team recently presented in the 2013 ACM SIGCHI Conference on Human Factors in Computing Systems.

Open studios and conference is a peek at the university’s graduate-school happenings. From 3 to 8 pm Saturday, March 9, the public can tour the SME building’s graduate-student studios, and before that, from 9 am to 3 pm, folks can check out a symposium, “The Nature of Space.” Attendees will see and learn about some of the work being produced in the department, through discussion sessions, screenings of video projects, art displays and more go to visarts.ucsd.edu and click

Avery Lawrence is a multimedia artist living in New Orleans, LA. He was born into a loving, supportive family in Charlottesville, VA. He graduated from the University of Pennsylvania in 2008 with a degree in Visual Studies. After graduating, He illustrated a fine press edition of the Iliad and Odyssey. His current projects blend video, performance, sculpture, drawing and wallpaper to explore the beauty and relevance of the absurd and surreal. 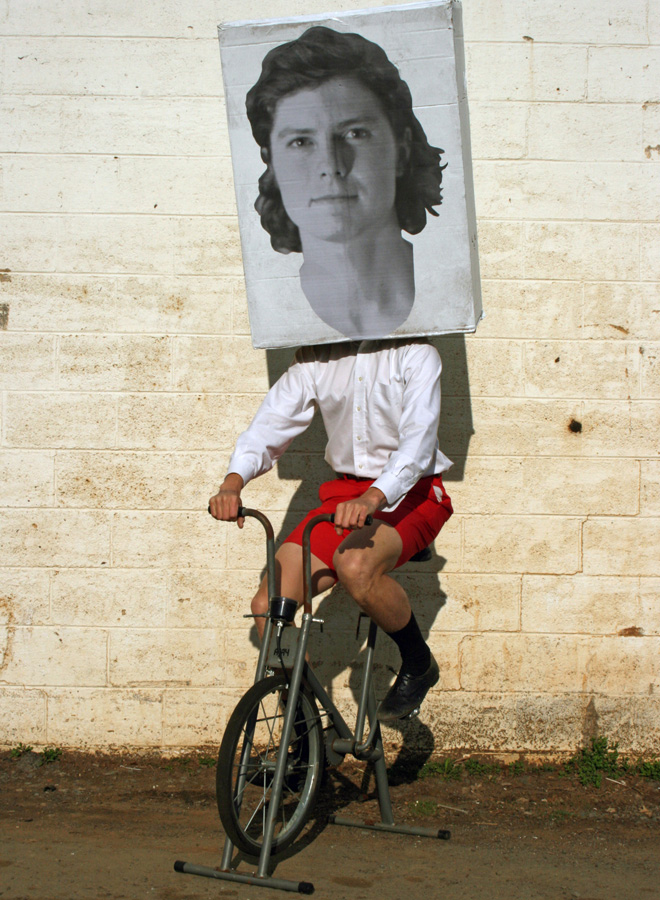 Selected from thousands of artist participants in the third annual Art Takes Miami, New Orleans-based artist Avery Lawrence will present an ambitious installation at SCOPE Miami, during Art Basel. Incorporating performance, video, sculpture and drawing into a site-specific installation, Lawrence will transform the See.Me booth into a fully-immersive experience for visitors to the SCOPE Pavilion.

In both his video and performance, the artist plays multiple characters, often seen performing obviously metaphorical tasks like carrying a ridiculous load of suitcases, or playing the mysterious instruments hidden within. 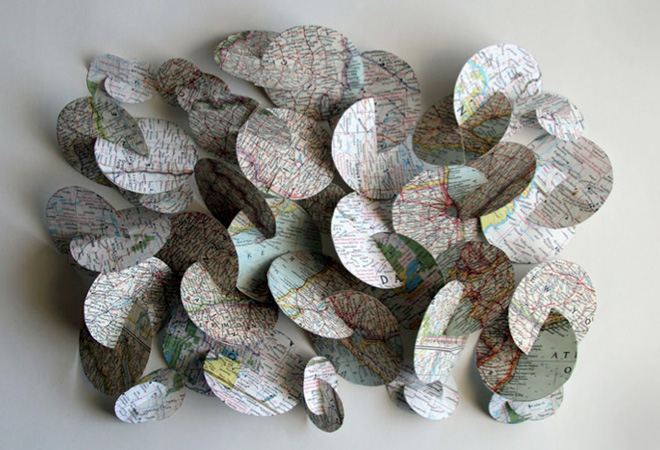 Miguel Fernández, born in Hermosillo, Sonora, México in 1986, studied Plastic Arts at the Universidad de Sonora, 2006-2008. He currently lives and works in Tijuana.

Fernández’s awards include: Acquisition Prize in the Sonora Creative Photography Concourse in 2008 and Special Jury Mention in 2009. He received an Honorable Mention in the XII Northwest Visual Arts Biennial in 2009 and in the XII Miradas Biennial in 2010. Miguel was honored with a Young Creator Grant from the State Fund for Culture and Arts in 2009. He won a Tierney Fellowship in 2010 in New York and was selected in the 2011 Discoveries-Photoespaña in Madrid. He is currently sponsored by FONCA and is studying philosophy in the Autonomous University of Baja California.

Aquisition Award at the Bienal Femsa

The Bienal FEMSA (FEMSA Biennial) is considered the most prestigious contemporary art biennial in Mexico. In its XXth edition the jury selected Miguel Fernández —Art San Diego 2012 “LaunchPad Artist”— as the sole receiver of the Aquistion Award in the Bidimensional Category. His winning artwork “Fin del camino I (End of the Road I)” is part of an ongoing series of images taken from Google Maps portraying unexplainable road endings in various landscapes, most of them desertic terrains. 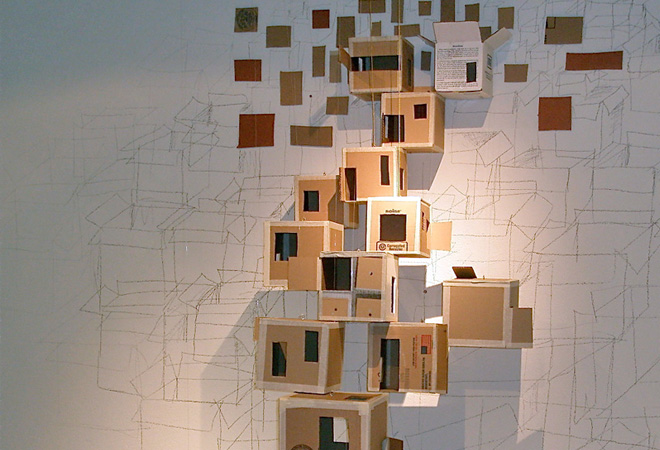 NODO is an artist-run gallery established in Tijuana, BC in July 2010. It’s Co-Directors and Founders are by two young and promising local artists, César Vázquez and Jonathan Ruiz de la Peña (both born in Tijuana, BC, in 1986). The idea for establishing NODO derived from an ephemeral exhibition project that took place in Tijuana in the midst of the worst economical-political and cultural crisis the city (country/binational region/world) has yet endured.

“LaunchPad 2011 featured two artists: Jonathan Ruiz de la Peña and César Vázquez – with their own gallery, NODO: an emergent space founded by them in Tijuana. This was a great success for the 2011 Edition. The artists both sold 90% of the work available over the three days. They had a chance to network and get input by numerous gallery dealers and collectors. In addition they had the opportunity to show their work to important local museum directors. Both artists felt this experience helped them professionalize their practice; revalue their own conception about their work; and opened in their minds a whole new set of possibilities to pursue in the light of a very promising artistic future they were able to asses from the high praises received by Fair attendants.”

Are You An Emerging, Unrepresented Artist In San Diego County? Art San Diego 2017 wants you to be our LaunchPad Artist! Apply for your chance to exhibit your exceptional art at Art San Diego 2017 and be featured on the website and through a marketing email to collectors and media prior to the show. This year’s Art San Diego theme is [FUSION]—the merging of artistic mediums, of exhibitors and collectors, and of the countless galleries and artists that come together to showcase their work.

This jury-selected program is open to up-and-coming artists who have demonstrated exceptional talent in their field of work and who want to make art their career.