Art Labs feature special curated projects by leading galleries, art institutions, and art collectives within the show. Explore all of our previous years Art Labs below.

Bhavna Mehta draws with a knife, cutting paper to tell visual stories. Her work is based on the idea that everything is connected. Starting with a single sheet of paper, she cuts out shapes to reveal the image. She was raised in India where pattern and color are part of daily life. The abundance of these memories roots her work. Whether it’s a figurative story or one inspired by a line from a song, her goal is to build a narrative with a universal theme. In telling one story in a particular setting, she hopes to speak in a common language about cultural and personal associations. Mehta has been exhibiting her work since 2009 and is now the Education Chair for San Diego Book Arts and teaching workshops all over San Diego County. 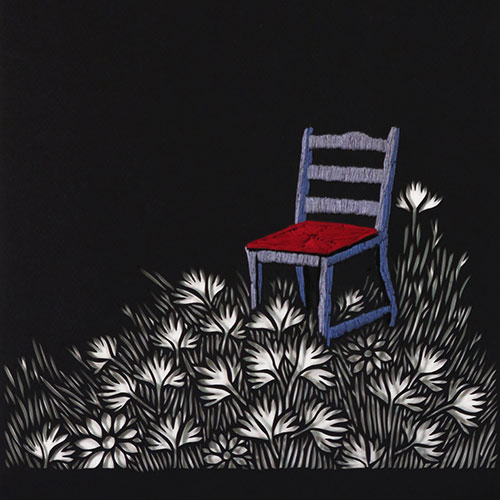 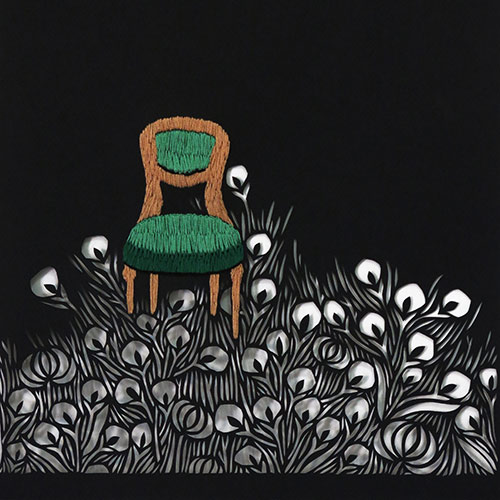 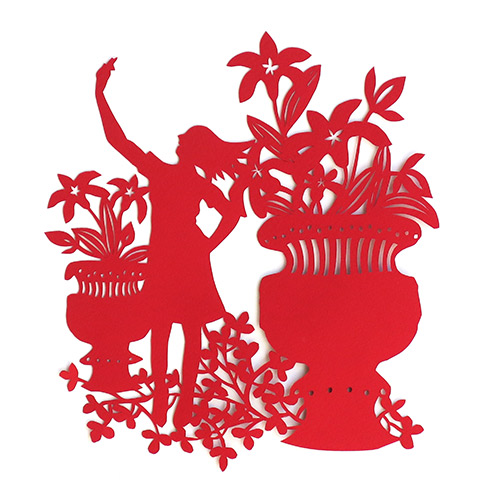 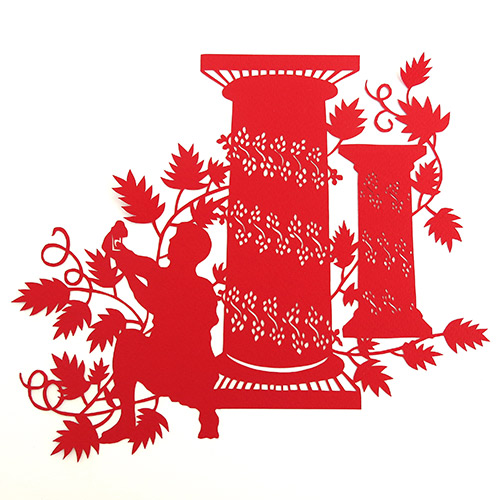 Anna Stump is an artist and arts educator living in San Diego. She teaches studio and art history courses at San Diego City College and Grossmont College and is a constant explorer of the issues of arts education. Anna is the founder of the San Diego Feminist Image Group, and one half of the painting collaboration Hill & Stump. She is clear on her mission and state: “My work as a painter, performance artist, and curator is intimately connected. Interest in body politics, feminism, and physicality is grounded in community building and education, which I challenge personally by cultural risk-taking. My job is to both please and provoke.”

Terri Hughes-Oelrich is an artist and educator in San Diego, CA. She teaches studio art at San Diego City College and directs the non-profit Sugar Museum. She received her BA at UC Santa Barbara and her MFA from San Diego State University. 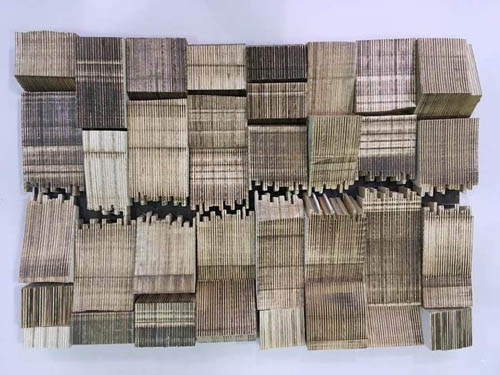 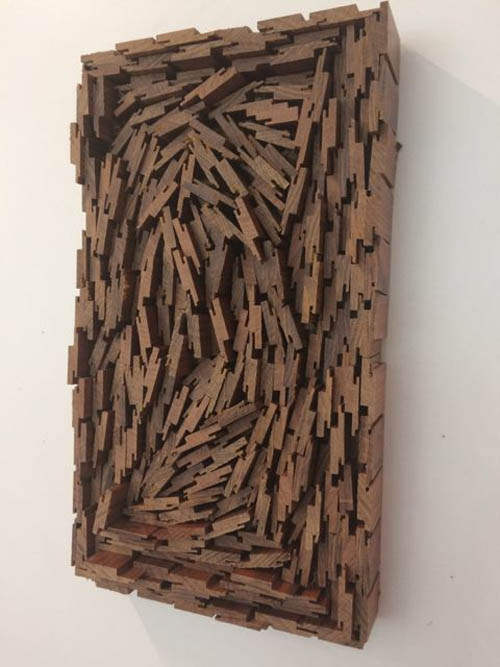 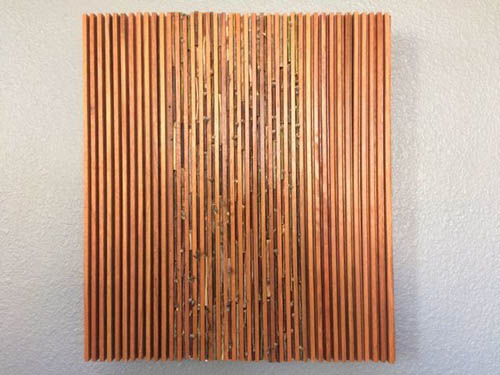 Prudence Horne grew up in Boston and let’s her early years influence her creativity. Her paintings focus on a personal response to landscape and have been extensively exhibited throughout the United States and abroad. As she reflects, “Each variation in a brush stroke, a drip, or the surface of the paper or canvas forces a new interpretation of the landscape, regardless of how subtle the differences may be.” Horne’s work has been recognized and awarded grants and residency programs, including; Heinrich Boll in Co. Mayo, Ireland, Fundacion Valparaiso in Almeria, Spain, and the Montana Artist Refuge in Basin Montana. Horne currently teaches Art History at San Diego City College and is the director at the Hyde Art Gallery at Grossmont College. 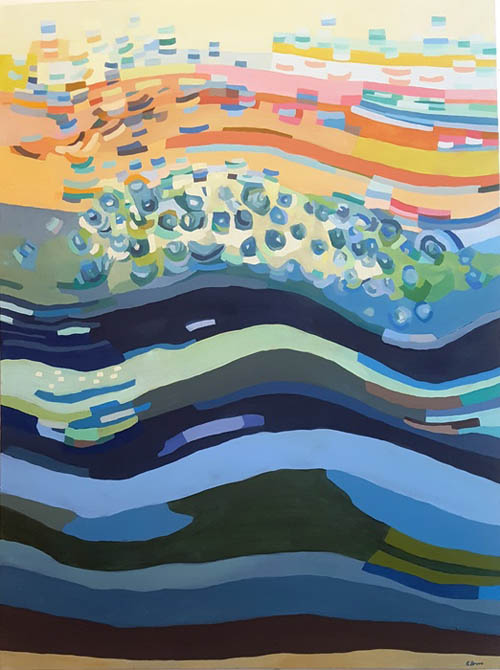 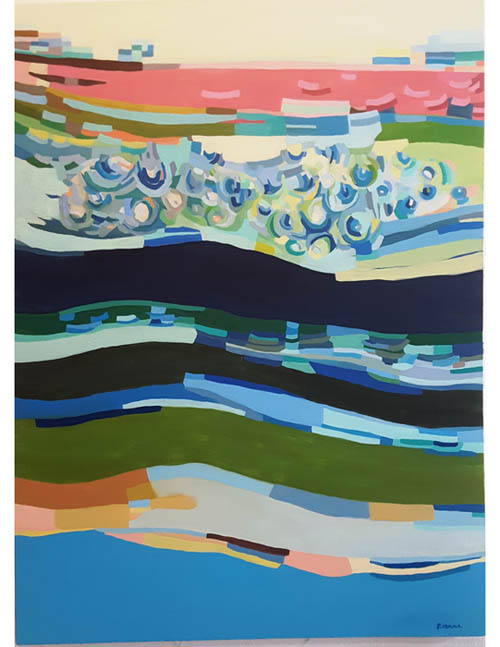 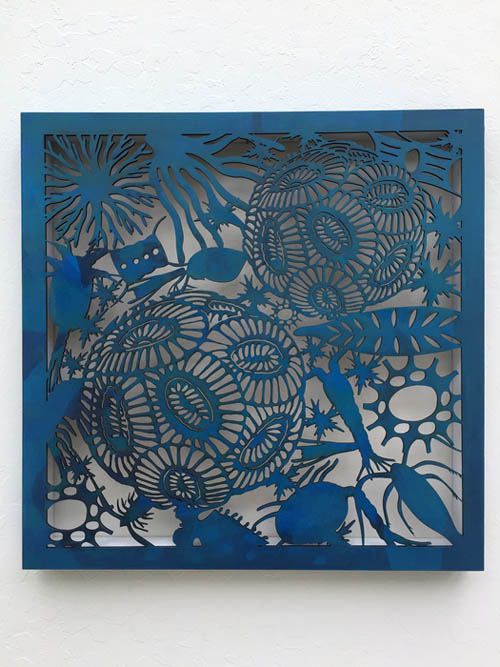 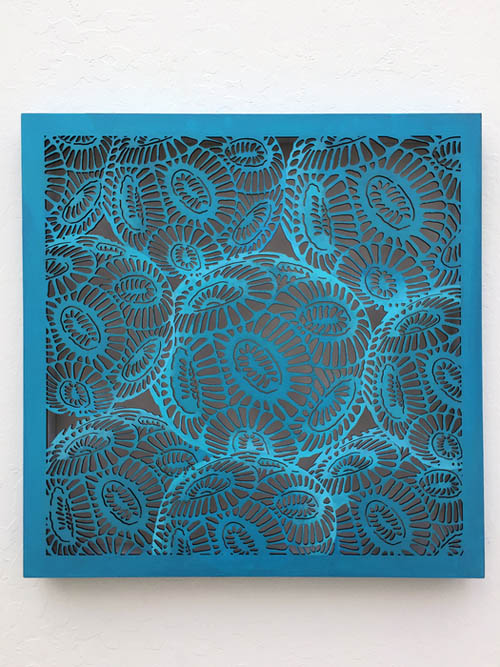 Carrera is a west coast artist and independent curator working in installation, mixed-media and painting. In 2002, Carrera changed her career from clinical psychology to pursue visual art professionally. With installations and paintings exploring the nexus between science and art and man’s complex interactions with the natural world, she has been continually awarded and acknowledged for her artistic endeavors. She received a fellowship at the Atlin Centre for the Arts in British Columbia and nominated for the San Diego Art Prize as one of the “New Contemporaries” in 2012. Carrera recently closed a 4,000 square foot art installation in San Diego called “Museo du Profundo Mundo: The Carrera Expediton,” exploring the world of museum collections, cabinets of curiosity and the role of the scientist/artist.

Max Robert Daily is a San Diego artist who works in performance and visual arts, using any medium that best expresses the story he is telling. He attended the Cotsen Center for Puppetry at Calarts and performs extensively in puppetry, mime, and clowning, as well as being a published author in children’s illustration books. Being one of two 2018 San Diego Art Prize winning recipients, Daily’s most recent creation the Oslo Sardine Bar debuts at Art San Diego on the first leg of a national tour with Redwood Media Group’s shows.

Daily describes the origins of the Oslo Sardine Bar concept for us:

“The famed sardine bar being called Oslo goes back to the short time I spent traveling the world working on freighters as a sort of merchant marine.  At one point in my trip, I took up work on a Danish flagged freighter, the name of which I cannot pronounce, that later to our dismay broke down at sea. It wasn’t an emergency but a definite few days of boredom with nothing to do. I managed to gather together some of the the emergency supply foods, along with a few non-perishables. And added a few bottles of Czech rum I was hoping to get back to the States.

“Anyway with these items, a portable record player, some Belafonte albums I had brought along, and a backgammon board, I opened up a makeshift bar in a supply closet and opened a port hole to provide a cool breeze. Although I was not at all a very good sailor, the men appreciated my ability to temporarily take their minds away from where they were by simply suggesting that rations presented properly could provide a comfortable meal—alongside the offering of a reimagined space made for a great place to pass the time stranded at sea.

“One of the men remarked that it reminded him of his favorite bar back home in Oslo which served nothing but sardine and herring dishes. The rest of the men made fun of him and then continued on referring to the broom closet we were in as Oslo.

“When we were first building the Oslo installation in the This is Not an Exit Gallery, founded by Bob Methaney in San Diego’s Bread and Salt Building, it was brought to my attention by my father that his uncle Oswald worked in that very building when it was the Weber Bread factory. He also told me that his mother, my grandmother, worked in a nearby tuna cannery during WWII and would bring dented and unlabeled cans of tuna, along with a cooler of beer, to the bread factory to sell to her brother and his friends on payday. They ate copious amounts of white bread smothered in mayo and canned fish. My father also says that because of the heavily diverse immigrant population in the neighborhood at the time, many of the men lacking English or having heavy accents could only get out part of my great uncle’s name. It ended up sounding like Oslo. However, my mother jokes that it was actually because they were saying Oh So sLOw—a knock at Uncle Oswald for the speed at which he worked.”

And so the Oslo Sardine Bar debuts at Art San Diego 2018—step inside, the proprietor is charming, amusing, and quite talented. It’s an experience to be remembered!

Location: Look for the Art San Diego Selects Awards throughout the show

The Art San Diego Selects Judges will make their favorite artworks choices on Thursday, October 18, at the Opening Night Preview Party! We thank our prestigious panel of judges—each one an influencer in the art and design world of the San Diego area.

Are their winning choices your favorites too? Walk the show to find each one.

Dive into the Art San Diego Art Labs archive. View past projects featuring some of the most amazing talent from our past shows. See what you missed!