The San Diego Art Prize is a cash prize that spotlights established San Diego artists and emerging artists whom they choose to exhibit with and mentor. It’s awarded each season to artists whose outstanding achievements in the field of visual arts merit the recognition.

Recognition of Excellence in the Visual Arts 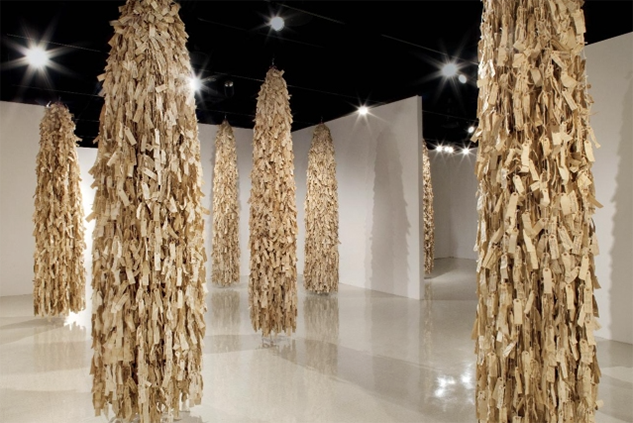 Wendy Maruyama is an artist and educator from San Diego, CA. She was the first woman to graduate with a Masters in furniture making from Rochester Institute of Technology. Maruyama’s early work combined ideologies of feminism and traditional craft objects. Her practice continues to move beyond the boundaries of traditional studio craft and into the realm of social practice. The wildLIFE project serves to illustrate the plight of elephants and rhinoceros, a cause that is very personal for Maruyama. She took a sojourn to Africa last year and met with zoologists and wildlife advocates to investigate the dangers of continued poaching of both elephants and rhinos. In recent years her work has taken a narrative direction, integrating images and text into shrine-like cabinet forms that add an additional layer of sensory experience for the viewer. Maruyama was an artist in residence at Pilchuck Glass School in May 2013 and worked with both cold and hot glass for this body of work. The exhibition is made up of object-based works combined with a societal message about the dangers of poaching and the need to preserve animals in the wild.

Roy McMakin is both an artist and accomplished designer. He runs his design company, Domestic Furniture, out of Seattle. McMakin’s furniture is often incorporated into his artwork. He combines form and function, furniture and visual art, to produce hybrid objects of clean, sensuous surface with humorous underpinnings. His work often plays with scale and language, inviting both visceral response and conceptual contemplation.

In the text for the 2003 survey exhibition Roy McMakin: A Door Meant as Adornment, Michael Darling writes, “Poetic interconnections with the words ‘adore,’ ‘adornment,’ ‘ornament,’ and ‘store’ make them ripe for McMakin’s gamesmanship and allow him to conflate disparate concepts and uncover surprising connections. For McMakin, furniture and domestic architecture have long offered a framework within which to enact these contextual corruptions, bringing poetic play home to where it naturally and comfortably encounters the body on a daily basis.”

Roy McMakin has completed numerous commissions and architectural projects on the west coast, including in the J. Paul Getty Museum, Museum of Contemporary Art San Diego, San Diego International Airport, and Annenberg Community Beach House at Santa Monica State Beach. From 1986 to the present there is an extensive bibliography about his work from many publications, including The Los Angeles Times, The New York Times, The Chicago Tribune, Vogue, Esquire, Cosmopolitan, The Statesman, and Riviera. Catalogs have been produced for shows at Matthew Marks Gallery, San Diego State University, MOCA Los Angeles, Institute of Contemporary Art at University of Philadelphia, and Cooper Hewitt in New York. Roy McMakin is represented by Quint Gallery in San Diego. 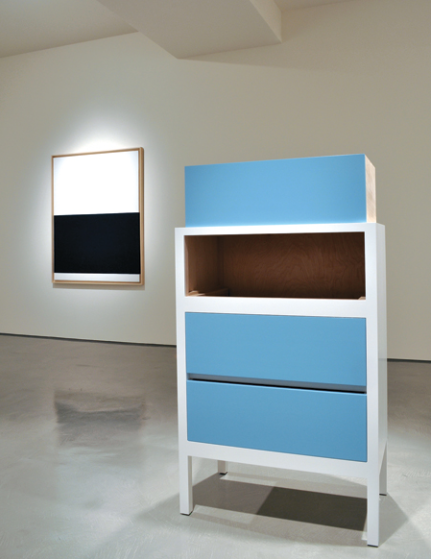